Robert Burns Night: A Brief History of the Event and Its Namesake

In Scotland, the celebration of the life and death of poet Robert Burns on the 25th of January is as ubiquitous as the haggis, neeps, and tatties that are traditionally served as the celebratory meal. Burns nights are traditionally most popular in Scotland, although more and more, their appeal is widening, and you can find all sorts of permutations of celebrations, from all-inclusive Burns weekend getaways to Burns clubs and Burns-themed poetry readings.

Traditionally, a Burns Night or “supper”, as it was originally called, consists of several components. There is usually the presence of one or more bagpipers who open and close the evening, as well as pipe in the haggis (the traditional Scottish pudding delicacy of sheep’s pluck, onions, spices, and oatmeal).  Typically individual guests deliver speeches during the dinner. The first speech is usually the Immortal Memory, a short speech that commemorates the life and/or poetry of Burns. There is also the very popular Toast to the Lassies, which traditionally was meant as a thank-you to the women who would have prepared the meal, as traditional Burns suppers were always men only.  Though many Burns nights and suppers still adhere to the men only format,  social change over the years and the increase in the popularity of Burns nights, along with a more diverse range of Burns celebrations, has seen the festivities expand to include women and families. At Burns celebrations where there are women present, the Toast to the Lassies will usually be followed by a Reply to the Toast to the Lassies, delivered by one of the female supper attendees. Over time, the Toast to the Lassies has moved-away from being a simple thank you for the food to become more of a lighthearted commentary about everything from the role of women in society to musings on Burns well-known affection for the ladies.

One of the highlights of a Burns Night is the Address to the Haggis, read aloud by the host of the event, or perhaps one of the guests who has been especially chosen for the affair. The address to a Hggis is classic Burns; descriptive, raw, and in a traditional Scots dialect.

“His knife see rustic Labour dicht, an’ cut you up wi ready slight!”

During this, what is perhaps the most popular lines of the Address to the Haggis, the person that is delivering the address traditionally cleans off a large knife, and then plunges it into the haggis with dramatic flair, making for a particularly memorable start to a traditional meal.

Robert Burns was born on the 25th of January 1759 just outside of Ayr, Scotland. Like so many of his day, Burns had very little in the way of a formal education, having instead to do hard labour on the family farm. Luckily, Burns’ father taught the children in the Burns family reading, writing, geography, and history. After his home education, he went to an “adventure school” in a local parish; this special school was opened by a man called John Murdoch, and consequently Burns was able to continue his studies, as well as add Latin and French to his curriculum.

Through age 15, Burns remained on the family farm, eventually becoming the principal labourer there. It was then that he formed his interest in writing poetry, having fallen head over heels in love with one of the farm’s employees, Nelly Kirkpatrick. It was Kirkpatrick who inspired the poem, “O, Once I Lov’d a Bonnie Lass.”

Burns’ reputation as a lover of the ladies is legendary; his love affairs are well-documented, and far-reaching. Burns became a father for the first time in 1785 in a most dramatic fashion; he impregnated his mother’s servant, who bore him a daughter, Elizabeth Paton Burns. At the same time, Burns was also embarking on a relationship with Jean Armour, who herself became pregnant with twins in 1786, causing a bit of a scandal for the would-be poet and farmer. Eventually, Burns won-over Armour’s family and married her, and she gave birth to an astounding nine more children. Unfortunately, times were hard back then, and only three of these children survived infancy.

True to form, Burns wasn’t one to settle-down. The hardship of the farming life led to Burns toying with the idea of taking a position in Jamaica as a bookkeeper on a Jamaican slave plantation, the thought of which likely amplified his egalitarian views, and led to his eventual writing of the poem The Slave’s Lament.  In order to gain the passage to the West Indies, Burns wrote and published his poetry, the first volume of which was a resounding success. True to Burns’ form, around this same time, Burns fell deeply in love with a woman named Mary Campbell, the woman who inspired the poem Highland Mary. Drunk with love, Burns contested his marriage to Jean so that he might travel with Mary to the West Indies. Unfortunately, it was not to be. The untimely death of Mary from typhoid ultimately kept Burns in Scotland, where he continued to write. It was at this time that he produced some of his most famous works like To a Louse and To a Mouse.

Burns managed to run through most of the money he earned from the publishing of his poetry in a short 18 months and became an excise officer to help make ends meet. Poverty, hard labour, and perhaps most significantly, his dissolute lifestyle began to take their toll on his health. His political views, which always played a part in his writing as well as his life, became more and more radical for the times, and it was at this stage in his life that he write For a’ That and a’ That. Burns also resumed his relationship with his first wife Jean at this time, who despite his past transgressions, took him back.

Burns’ health continued to decline until he died, aged only 37, on the 21st of July, 1796. His son Maxwell Burns was born the very same day. Still a well-known literary presence of the times,  a memorial volume of some of his works was published posthumously in order to raise funds for his wife and children.

Elysian Estates is very proud to offer a Burns celebration that will never be forgotten at Aldourie Castle on Loch Ness, Scotland. 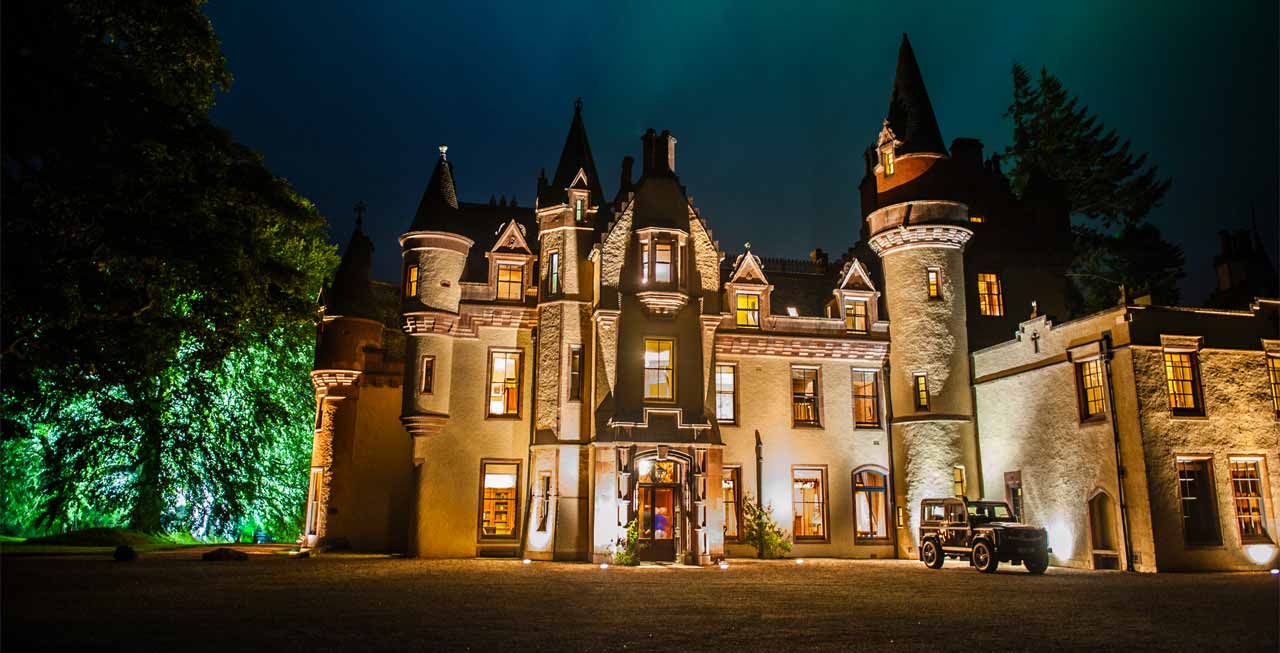