Stately Homes Available for Rent in the UK

Our portfolio of Stately HomesÂ have been home to some of the most powerful and distinguished families throughout history. These magnificent buildings offer a real glimpse into the past, full of heritage and grandeur. The stunning formal gardens and grounds make the perfect setting for Weddings, a film location or photo shoot. Many stately homes have been in the same family for generations, and can provide a real home-from-home experience great for family holidays where you really can get away from it all and discover the peace and tranquillity that comes from being surrounded by your own estate. Get back to nature with walks through ancient woodlands, or curl up in the library in front of the fire with a great book. Many of these homes have stabling facilities so your horses can enjoy the holiday too and take advantage of the rural setting and acres of grounds.

Elysian Estates has a stunning collection of stately homes available for exclusive use hire in the UK, ideal for those who want to sample a taste of the high life without having to worry about the upkeep of these beautiful historic homes. There are stunning stately homes for rent throughout England and Wales, carefully preserved through the ages to the luxurious homes found today.

Whilst many stately homes were built centuries ago, they have been carefully restored and updated to satisfy even the most discerning of guests in the 21st century. None however have lost the sense of history and grandeur that can only come from these magnificent buildings, with beautifully furnished rooms and elegant antiques.

For many, they represent a bygone era of country living, with large estates and beautiful grounds coupled with fabulous spaces for entertaining, such as morning rooms or spectacular ballrooms where royalty and eminent politicians have been hosted throughout history. All of our stately homes for rent can be supplied fully staffed on request, giving a real insight into how high society live.

Renting a stately home for my 50th birthday party made the event one I and my family and friends will never forget!

Stately homes also make fantastic venues for film locations and photo shoots, or as an inspiring venue for corporate events.

If you'd like to receive our monthly subscriber only offers and details of brand new properties please click this button.

Your information will be held as per our GDPR policy.

Stately homes make absolutely stunning wedding venues, with romantic furnishings and elegant dĂ©cor making them a popular choice for couples looking for a luxury setting for their wedding. Stately homes have particularly impressive facades which not only look beautiful but provide a stunning backdrop to those treasured wedding photos.

The very nature of these properties mean they are large enough to offer overnight accommodation for many of the wedding party in luxurious bedroom suites, with a particularly beautiful bridal suite for the bride and groom to spend their wedding night.

Many of these beautiful mansions have their own wedding licence so you can have both the ceremony and the reception in the comfort and privacy of your stately home for hire, however if you are looking for a more traditional ceremony in a church, many of these properties were built near to the local church so nobility did not have far to travel to attend services.

The beautiful spacious rooms are fantastic for wedding receptions, and many can be hired with a full complement of staff to ensure your day is absolutely perfect.

The English countryside is world renowned for its magnificent stately homes, built by the wealthy and the aristocracy as their country residences following the demise in popularity of castles during the 1500s, when comfort rather than defence became a priority. They represent a bygone era of luxury and nobility, created as a status symbol for some of the greatest families in Britain of the time.

The creation of stately homes reached a peak during the 16th and 17th centuries, particularly under the reign of Elizabeth I when the famous estates of Brocket Hall, Burghley, Chatsworth and Longleat were built in decadent style. These properties were used to entertain their esteemed guests, including nobility, aristocracy and wealthy landowners, providing much needed respite from city living.

Stately homes were created in large estates, with their residents using the land for hunting and other pursuits. The grounds nearest the house were immaculately tended with beautiful landscaped gardens and formal terraces, and often benefited from croquet lawns for summer games.

Elysian Estates has a beautiful selection of stately homes for rent, so you can step back in time and enjoy living the life of nobility with 21st century luxuries. From the beautiful Georgian villa of Hill Place, the magnificent Brocket Hall, and the majestic Excalibur Hall, we are sure to have a wonderful stately home for you.

Find the right Luxury Property for you

If you can't find a luxury property click HERE as we have a wealth of knowledge on other properties which are not listed. 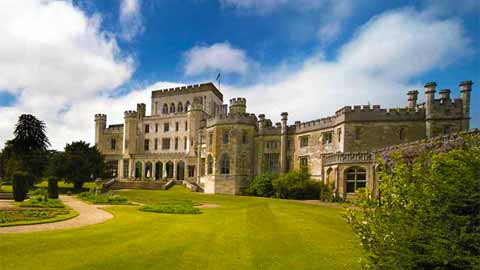 SOUTH EAST OF ENGLAND
Amaranth Court is one of the great remaining historic English residences, dating as far back as 1283 with the present house built in the early 1800s by the Duke of Bridgewater. Full of elegance and grandeur it offers one of the UKs most exclusive venues for corporate events, conferences, weddings... CLICK FOR MORE DETAILS 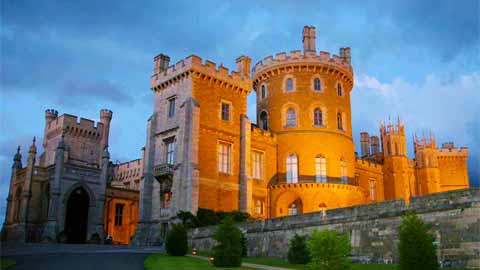 THE MIDLANDS
Belvoir Castle is quite simply one of the most magnificent castles in the UK. The awe inspiring approach gives the first glimpse of this vast castle, standing sentinel over its private 16,000 acre estate, its very presence demands your undivided attention. The castle commands ... CLICK FOR MORE DETAILS 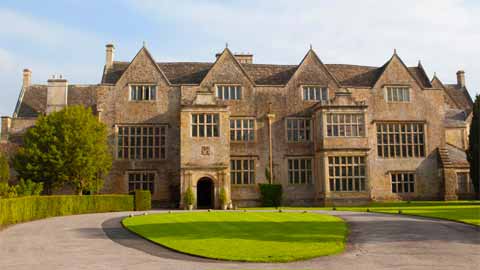 SOUTH WEST OF ENGLAND
This unique and beautiful estate is set in idyllic countryside in Somerset, steeped in history and grandeur yet offering a relaxed and welcoming atmosphere from the moment you arrive. Excalibur Hall is an incredible venue for celebrations, corporate events, reunions, weddings, or just a ... CLICK FOR MORE DETAILS 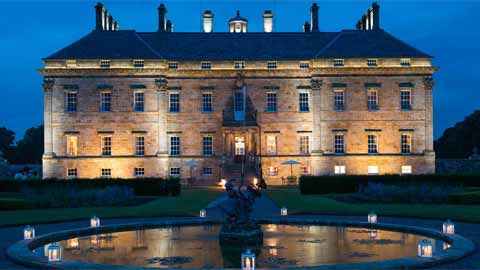 SCOTLAND
Kinross House is undoubtedly one of the finest private residences in the UK. The first neo-classical Palladian mansion built in Scotland, Kinross House was the masterpiece of Sir William Bruce and became the inspiration for the national architecture of Scotland. Today, Kinross has recently been ... CLICK FOR MORE DETAILS 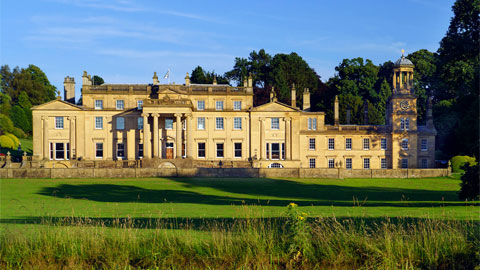 NORTH OF ENGLAND
Tempest Park is one of the few remaining private stately homes available in the UK for exclusive use hire, and provides a unique opportunity for an authentic experience of English high society living. The magnificent interiors have been carefully modernised to offer the best in 21st century ... CLICK FOR MORE DETAILS 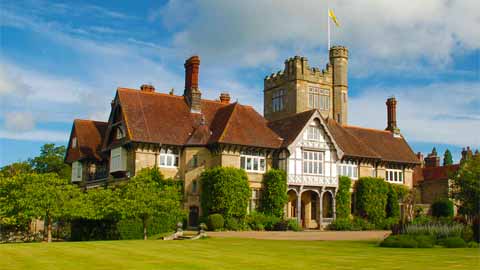 SOUTH EAST OF ENGLAND
Baronial Court is a magnificent historic country residence set in a 16,500 acre private estate, nestled in the glorious West Sussex countryside with idyllic rural views over the South Downs. The ancestral home of Lord and Lady Cowdray, this stunning home offers elegant interiors and refined ... CLICK FOR MORE DETAILS 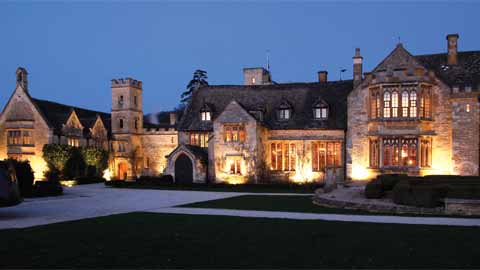 THE MIDLANDS
Set in Cotswold countryside, Selsley Manor is a magnificent English country estate with a luxury spa, fine dining and beautiful grounds. The estate is situated next to the famous Cheltenham Racecourse, and offers 5 star luxury and refined country living with impeccable service. CLICK FOR MORE DETAILS

SOUTH EAST OF ENGLAND
Sequoia Court is the jewel in the crown of the beautiful Sequoia Park Estate, one of Englands great stately homes and now a spectacular venue for exclusive celebrations, events, meetings and weddings. Let your imagination run wild to create the event of your dreams at Sequoia Court, and enjoy ... CLICK FOR MORE DETAILS 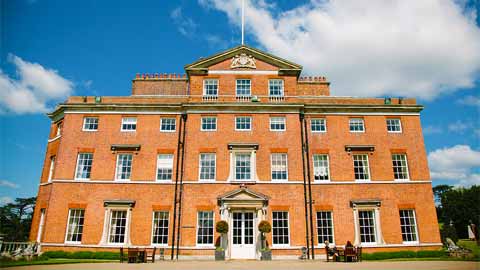 SOUTH EAST OF ENGLAND
Byron Court is one of Englands great stately homes with a rich and illustrious history, from hosting to King George IV and Queen Victoria to being the home of not one, but two British Prime Ministers. There are beautiful places to relax with friends, hold business meetings, enjoy sumptuous ... CLICK FOR MORE DETAILS 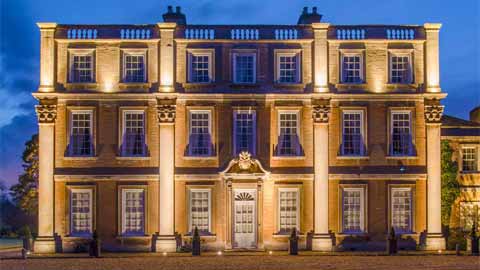 THE MIDLANDS
This beautiful country house sits in 37 acres of scenic parkland and gardens and has been sensitively restored to become one of the UKs finest country retreats. With elegant interiors that combine the best of modern luxe with sympathetic period detailing, this magnificent estate is the perfect... CLICK FOR MORE DETAILS 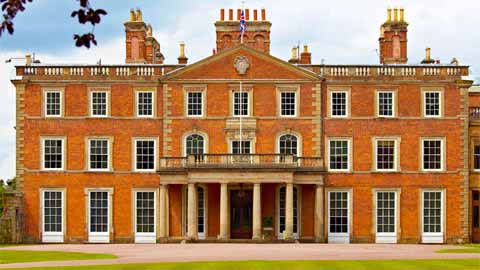 THE MIDLANDS
Harmon House is one of the UKs most prestigious stately homes, set in beautiful parkland with a private estate of over 1,000 acres, this stunning 17th century residence offers truly luxurious accommodation and first-class service. The magnificent interiors, elegant antique furnishings, fine art ... CLICK FOR MORE DETAILS 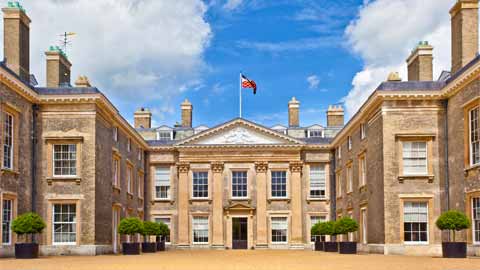 SOUTH EAST OF ENGLAND
Althorp truly is one of the most spectacular, luxurious and exclusive venues in the UK. The ancestral home of the Spencer family and the childhood home of Princess Diana, Althorp stands sentinel in its vast private estate, a magnificent exterior matched by the beauty of the surrounding parkland. CLICK FOR MORE DETAILS 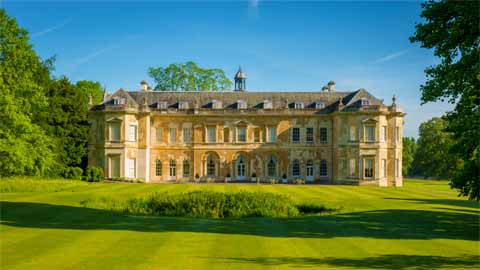 SOUTH EAST OF ENGLAND
Hartwell House is the epitome of English elegance, one of England’s great stately homes it has played a pivotal role throughout history, including being home to King Louis XVIII who resided at the house for 5 years . Enjoy a world of luxury and tranquillity, surrounded by idyllic parkland it feels.. CLICK FOR MORE DETAILS 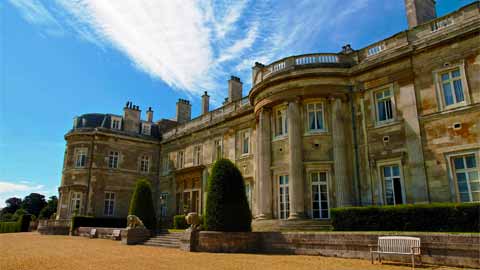 SOUTH EAST OF ENGLAND
Luton Hoo is one of Englands finest country estates, a neo-classical masterpiece set in over 1,000 acres of glorious Capability Brown parkland just 32 miles from central London. The resplendent mansion house is a spectacular setting for lavish dinners, elegant receptions or high-end meetings. CLICK FOR MORE DETAILS 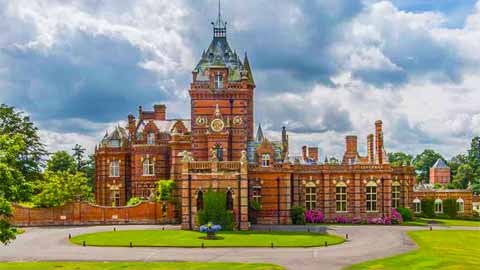 SOUTH EAST OF ENGLAND
The Elvetham is a magnificent Victorian mansion set amongst 4,000 acres of verdant countryside in Hampshire; offering a haven of tranquillity yet superb access just 30 minutes from London Heathrow. The splendid house offers grand setting for special occasions, corporate events and weddings, with... CLICK FOR MORE DETAILS 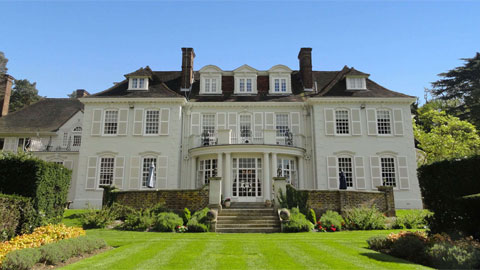 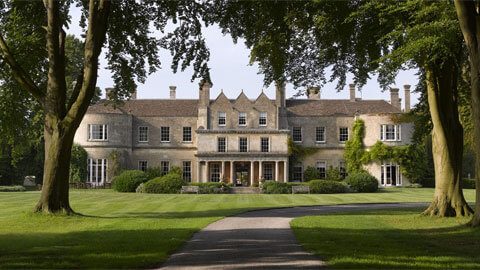 SOUTH WEST OF ENGLAND
Lucknam Park is a place to unwind and indulge, a beautiful 5 star country estate complete with a Michelin starred restaurant, an award-winning spa and wellness centre with a brasserie, cookery school and equestrian centre, all set in 500 acres of verdant Wiltshire countryside. CLICK FOR MORE DETAILS 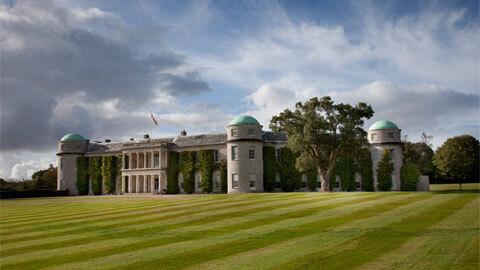 SOUTH EAST OF ENGLAND
Goodwood House is one of the UKs most prestigious stately homes. The ancestral seat of the Dukes of Richmond, Goodwood House has been entertaining distinguished guests in decadent style since the 18th century. The epitome of English grace, the magnificent State Apartments are the perfect... CLICK FOR MORE DETAILS